As a voiceover artist, it can be a little confusing as to what job title to use when referring to yourself. First off, there’s the choice of:

or (and more generally in the US) voiceover talent

As a British (or more specifically English) voiceover artist, that last one is not one I’ve ever been comfortable using. I think this is because of the actual definition of talent:

a natural ability to be good at something, especially without being taught

That’s not how it happened for me, nor do I believe that anyone working in voiceover today has the natural ability – voice acting is a set of skills that need to be nurtured and developed but that’s going off topic right now! It’s very common for voiceover artists to be referred to as ‘the talent’ and my Britishness makes me cringe a little every time I hear it.

So that’s one level of potential confusion or indecision about what title to use. Then there’s the geography. 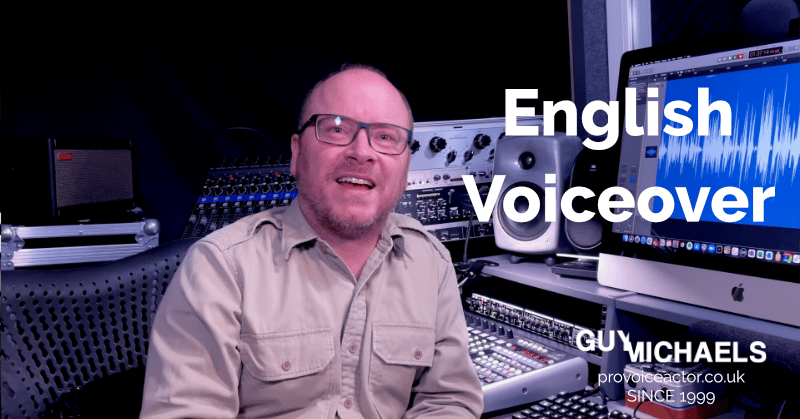 English voice actors more commonly use ‘British voice actor’ as a term to describe themselves. Perhaps this is not defined enough, as ‘British’ encompasses so many types of accents and dialects.

If you search for British Voice Actors then you’ll also find Northern Irish, Scottish and Welsh in the mix.

Yet another option, is UK Voice Actors.

What kind of English Voiceover Artist?

Apparently the UK has more local accents than any other English speaking country.

This article on Accents in Britain gives a really useful guide to the differences you’ll find, including the variations of RP. RP or Received Pronunciation is not just ‘posh’ or old-fashioned and for the rich and pompous.

Modern-day or contemporary RP shares characteristics with other accents in southeast England. Therefore, if you are searching for ‘RP English voice actors’ you’ll hear variations in the level of ‘posh’. A naturally RP voice (one which has not be overly trained or refined) is something we still very much hear in voiceover today. For me, I work for many American clients and for Software or Finance voiceover jobs, I switch on the natural clear RP when it’s needed.

If you are booking English voice actors, then it’s important to consider what type of English accent your voiceover project needs. Even subtle differences in accent can have an effect upon the audience. For example an over-the-top RP voice, one that sounds just way too posh (and associated with wealth and upper class) may not be right for your project if you are trying to connect with the average listener.

I’ve been involved in voice work since the 90s and have witnessed a fair number of pretend English voice actors – sometimes Americans pretending to be British. The same happens with Brits using an American accent to secure jobs. It can work but there’s often a pronunciation slip-up that will give them away. It’s worth considering what effect this may have on your audience. I know that I am distracted by an out-of-place pronunciation but perhaps that’s because I’ve developed my ears to instantly spot those errors.

So in conclusion, I still don’t know what job title to use! If you are a media producer, booking voiceover talent (aaaagh!) then it’s worth knowing the differences and what search terms to use. English voice actors, English speaking voice actors or British voice actors can bring up wildly different results on google!

If you are working on a project and think I might be a fit then please drop me a line.

(oh and of course I know loads of English Voice Actors….hundreds so I can always suggest someone for your project)