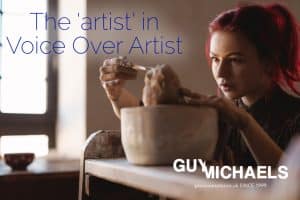 The ‘artist’ in Voice Over Artist

Pretentious? Even in my third decade as a voice over artist, I still wince and cringe a little each time I declare myself a ‘voice over ARTIST’. I think it’s that word. Artist. It sounds grand. It sounds too important.

the making of objects, images, music, etc. that are beautiful or that express feelings

a skill or special ability

I suppose that feels closer to what the artist part of being a working voice actor really is. Some would argue that the skill or special ability is talent (another word that my Britishness causes me to squirm at).

The skill of a voice over actor 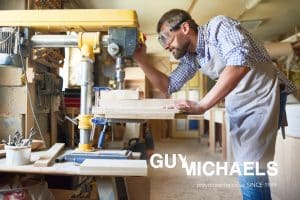 So yes to bring those words to life, to deliver a message to the audience, to convey meaning, to evoke an emotional response with your voice needs skill. These, of course, are all things you can learn to do. Yes, that’s right I’m saying that anyone who can read and speak is capable of doing all of the above and more with the right training, experience and hours of microphone time.

How about voice over talent?

My understanding of ‘talent’ would be the affinity or natural ability that an individual has, making the skills easier to come by.

So is voice acting an art?

Yes and no. Not all the time. Often there is very little art to the job. It can be very functional. ‘These words in this order, clear and instructional’.

Sometimes the art is in taking poorly written copy and salvaging it with the delivery. That takes experience, a keen eye, a highly developed ear and real skills at the microphone.

Other times, as a voice actor, you can feel the acting engine kick in. I am often lucky to work on projects that demand the skill of a trained actor. Years of theatre work pays off when this happens. These sessions do truly feel like ‘art’ has taken place. Art that is collaborative of course, as being the voiceover artist means you are part of a team that includes writers, animators, graphics folk, videographers, musicians, screen actors and more. There are voiceover jobs that need highly developed acting skills.

Voice over changes all the time

The job of voice over artists has developed in recent years to encompass a whole new set of skills including ‘sound engineer’ ‘director/producer’, ‘proofreader’ and more. If there is an overall ‘art’ to the job it’s really about continuing to develop these skills, recognising what you need to focus on to improve and to ultimately serve not just the client but the end-listener. The art is self-awareness. 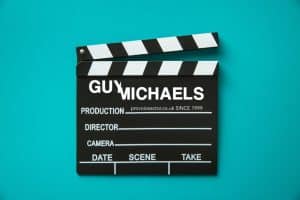 Let’s not forget. With much of the non-verbal communication gone, voice acting needs laser-focus. It could be said that it is far more nuanced than other types of acting jobs. A tiny pause, a slight raise in volume or change in inflection altering the message for better or worse. Knowing how to subtly alter tone, accent level, dynamics and more come from thousands of hours at the microphone in a recording studio. Whether radio and TV commercials, computer games, explainer videos or instructional/educational recordings, voice actors need to be responsive in the moment to the needs of the client.

Working independently in voice over

We are often left to our own devices with just the script and perhaps some vague direction. Voiceover artists need to be self-sufficient and masters of self-direction. As the client you can help the voice actors by accessing my voiceover expert guide THE STEP BY STEP GUIDE TO WORKING WITH A VOICEOVER ARTIST

Is your script ready?

Voice acting takes art and skill but the voiceover artist can only work with the words you provide. You can help all voice over actors who will be recording your scripts with just a few easy tips. The first is to always read the script out loud and check that it sounds natural (if that is the desired tone) and that it easily fits to time-constraints. For example, can you read the script in 60 seconds to fit the video but still give it a relaxed and calming tone? There are online script timers out there but they are useful only as a guide: VOICEOVER SCRIPT TIMER

I am a voice over artist.

There, I’ve said it. Now, back to the studio to say the right words in the right order!

Guy Michaels is a UK based voiceover artist who runs a professional and dedicated voiceover studio. Clients include, Microsoft, Sony, Uber, IBM, Warhammer, Vodafone and literally thousands of SMEs. He is one of the most experienced British Voice Actors working today.